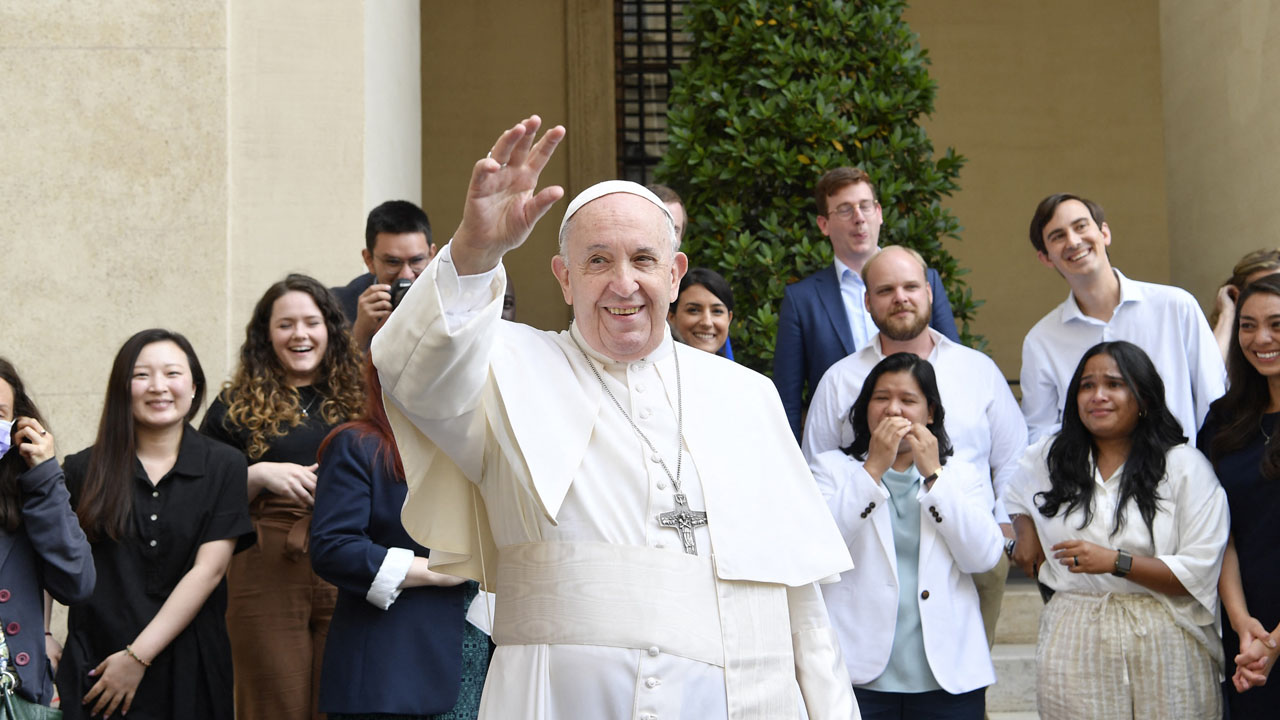 This photo taken and handout on June 09, 2021 by The Vatican Media shows Pope Francis waving as he meets with attendees during the weekly general audience at San Damaso courtyard in The Vatican. (Photo by Handout / VATICAN MEDIA / AFP) / RESTRICTED TO EDITORIAL USE – MANDATORY CREDIT “AFP PHOTO / VATICAN MEDIA” – NO MARKETING – NO ADVERTISING CAMPAIGNS – DISTRIBUTED AS A SERVICE TO CLIENTS

Just weeks after major surgery and despite the coronavirus pandemic, Pope Francis embarks Sunday on his 34th international trip with visits to Slovakia and Budapest, including talks with populist leader Viktor Orban.

The 84-year-old has a typically packed schedule — half a day in Budapest for a religious event and then three days in Slovakia — during which his physical health will be closely scrutinised.

In July, the pontiff spent 10 days in hospital after undergoing an operation for a type of diverticulitis, an inflammation in the intestine that required removing part of his colon.

The operation sparked rumours the Argentine might step down, but he laughed these off, insisting resigning never crossed his mind.

However, on his return from a historic visit to Iraq in March, the pope admitted it had been more tiring than other trips. As usual, his doctor will be on board Sunday.

‘Christian values’
Francis will begin his trip with a short stop in Budapest, presiding over mass at the International Eucharistic Congress, a week-long Catholic event.

It is not a state visit but a spiritual one, the Vatican emphasised, although the pope will have a meeting with Hungarian President Janos Ader and Prime Minister Orban.

Orban came to power on a promise to restore “Christian values” suppressed by years of communism, but many of the nationalist leader’s views are at odds with the pope’s, notably his anti-immigrant stance.

Asked in a recent interview what he would like to say to Orban, the pope appeared to dodge the question by suggesting the meeting was still not confirmed.

“I think he wanted to minimise the importance of the Orban meeting,” noted one observer who knows the pope well, but did not want to be named. Either way, the Vatican has confirmed the meeting.

The pope and the Hungarian leader have shaken hands twice before during events at the Vatican, in 2016 and 2017.

Hungary’s ambassador to the Holy See, Eduard Habsburg, said the 2017 meeting during a reception for European Union leaders to mark the bloc’s 60th anniversary was “extremely friendly”.

Before they shook hands, however, the pope had warned that Europe “risks dying” without a new vision of the principles of solidarity on which it was founded — and said this was the “most effective antidote” to modern populism.

Orban, who has a Protestant Calvinist background, opposes migration from Muslims into Europe so as not to destroy what he describes as the continent’s “cultural Christian heritage”.

“Viktor Orban is a straight-talking Hungarian,” said Habsburg, insisting the prime minister’s words were often reported with a negative bias.

He emphasised how much Orban had in common with the pope, such as “religious freedom, or persecuted Christians”.

In the last national census in 2011, only 39 percent of Hungarians identified as Catholics and 11 percent as Protestants. Among adherents, only 15 percent attended religious services.

Solidarity in Slovakia
On Sunday afternoon, the pope will fly to Slovakia, for a trip that will include meetings with the Jewish and Roma communities.

Francis has travelled to five continents since his election in 2013, but continues to prioritise smaller nations, especially in Europe. With this trip he will have visited 54 countries as pontiff.

Coronavirus remains a risk, with only half of adults in Slovakia fully vaccinated, compared to the EU average of more than 70 percent.

Initially, the government restricted papal events to those who had been fully vaccinated, but after complaints, expanded participation to those who test negative or have recently recovered from Covid-19.

Slovakia’s ambassador to the Holy See, Marek Lisansky, said the pope’s visit was a “unique moment” and a blessing for the country 5.4 million people, which has recorded 12,500 coronavirus deaths.

“The pope is coming in this incredible moment of the pandemic to unite us and offer his solidarity,” he said. 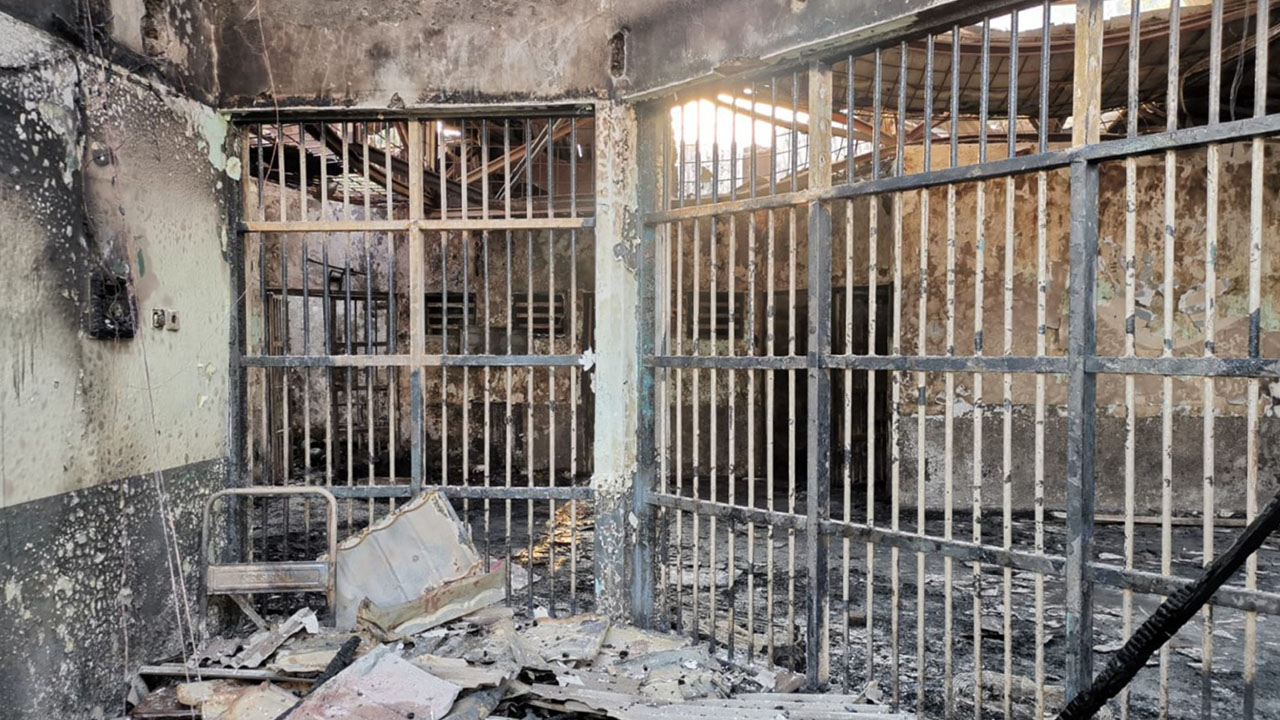 [ad_1] This handout picture taken and released on September 8, 2021 by the Indonesian Ministry of Law and…
byadmin

[ad_1] Former military Head of State, Gen. Yakubu Gowon, says he is optimistic that the Peace Corps of…
byadmin

Why Are Oil Stocks So Undervalued Right Now? 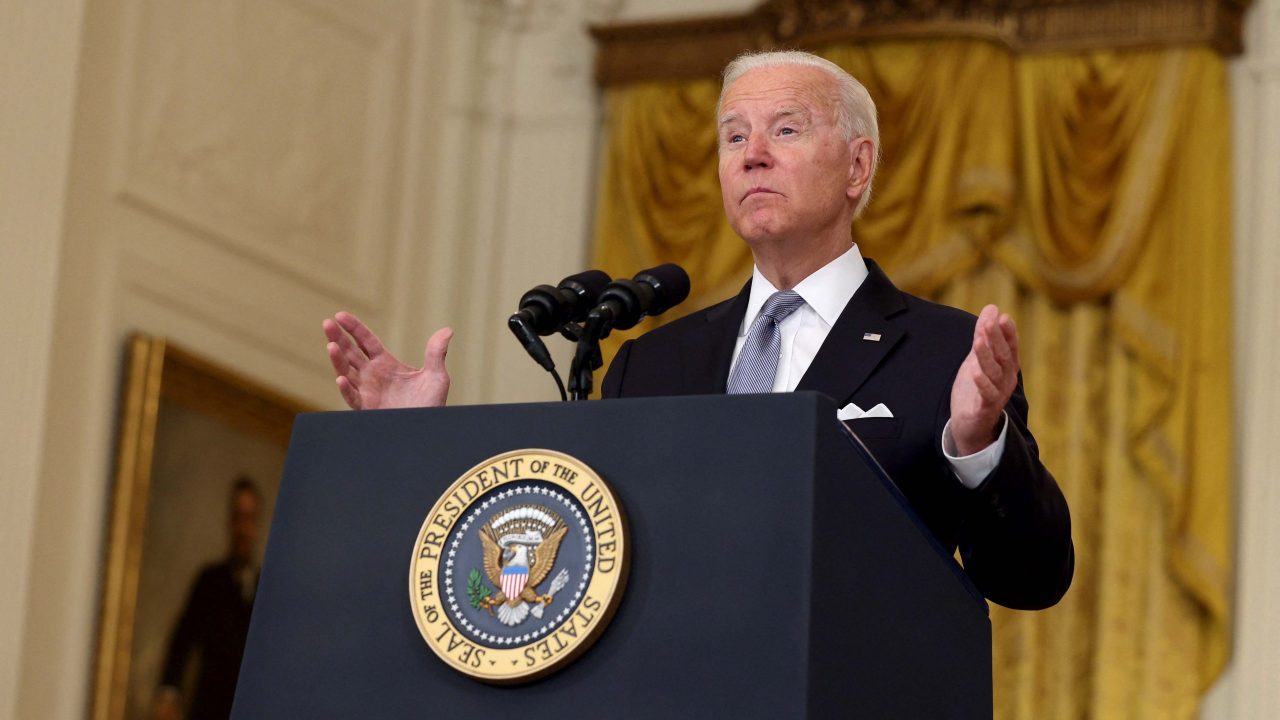