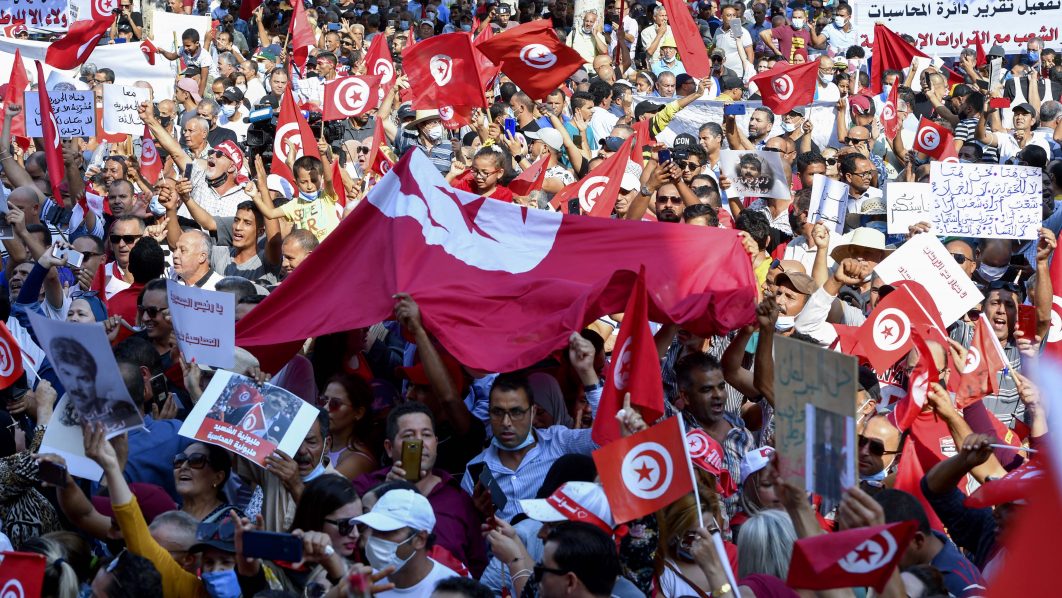 Tunisians chant slogans supporting President Kais Saied during a rally at the Habib Bourguiba avenue in the capital Tunis, on October 3, 2021. – Saied on July 25 suspended the legislature, sacked the government and seized control of the judiciary, later moving to rule by decree. (Photo by Fethi Belaid / AFP)

More than 5,000 demonstrators showed support on Sunday throughout Tunisia for President Kais Saied whose power grab has stirred controversy in the birthplace of the Arab Spring.

With an estimated 3,000 of them rallying in the capital Tunis, the pro-Saied crowd exceeded that which gathered a week earlier to oppose him.

“We are all Kais Saied, we are all Tunisia,” they chanted on Bourguiba Avenue, the main thoroughfare in central Tunis, also shouting that “the people want the dissolution of parliament”.

On July 25, after months of political stalemate, Saied sacked the prime minister, suspended parliament and granted himself judicial powers, a move he followed up in September with measures that effectively allow the president to rule by decree.

The parliamentary suspension lifted immunity of MPs and on Sunday in the latest detention of a legislator a deputy and a journalist were arrested for criticising Saied’s moves, their lawyer Samir Ben Omar said.

Saied, elected in late 2019, has said his action seeks to save Tunisia from “imminent peril” during a painful socio-economic crisis aggravated by the Covid-19 pandemic.

The public health crisis has contributed to driving th official jobless rate from 15 to almost 18 percent. The economy has grown by only 0.6 percent over the past decade.

Security forces were deployed in force Sunday on Bourguiba Avenue, especially in front of the municipal theatre where the demonstration was held.

The demonstrators flew red and white Tunisian flags and carried banners reading: “The people want a revision of the constitution” and “Saied, official spokesman of the people”.

Around 1,000 Saied supporters also rallied in the industrial city of Sfax, and a similar number in seaside Sousse, while smaller demonstrations occurred elsewhere, local media reported.

“Saied wants to implement reforms and we back him,” Noura ben Fadhel, a civil servant, told AFP at the Tunis rally.

“I came to support change to end the current decline. We’re fed up with it. It’s been going on for 10 years and that’s enough!” she said.

He blamed parliament for the “deterioration of the country”.

Saied, a former law professor, considers Tunisia’s 2014 constitution to be unbalanced in favour of parliament. He has never hidden his hostility to political parties, especially the Islamist-inspired Ennahdha which had the largest number of seats in the suspended parliament.

The previous Sunday a crowd of an estimated 2,000 people rallied, also on Bourguiba Avenue, to protest what they branded Saied’s “coup d’etat”.

Some shouted “Get out, get out”, the slogan that started in December 2010 and culminated in the resignation of Tunisia’s dictator Zine El Abidine Ben Ali in January 2011.

That triggered Arab Spring protests in several countries, but Tunisia is the only democracy to emerge from the movement.

Ben Omar, the lawyer, told AFP that MP Abdellatif al-Alaoui and Zitouna TV presenter Amer Ayad had been arrested on charges of “plotting against state security”.

In the programme, they both criticised the president’s September 29 appointment of Najla Bouden as Tunisia’s first woman prime minister, with Ayad scoffing that she would function only as “servant of the sultan”.

Although Saied’s July measures enjoyed significant public support, civil society groups have denounced the “seizure of power” and warned of a drift away from democracy. 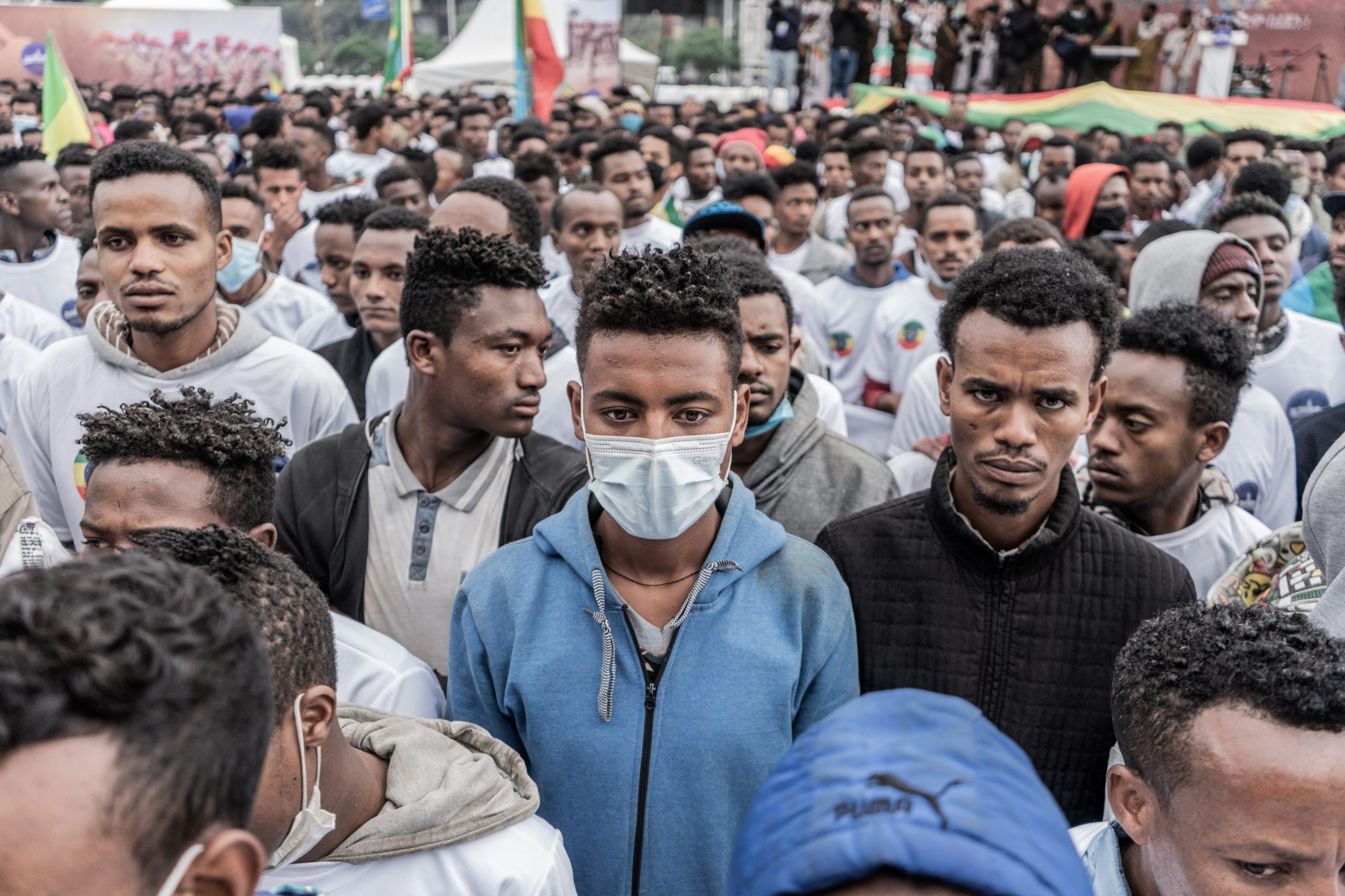 Nigeria races to extract its oil before it’s too late 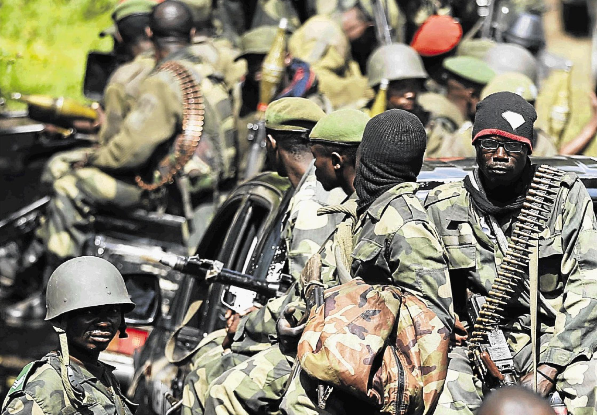